Grand Lake Elevation and What You Need to Know 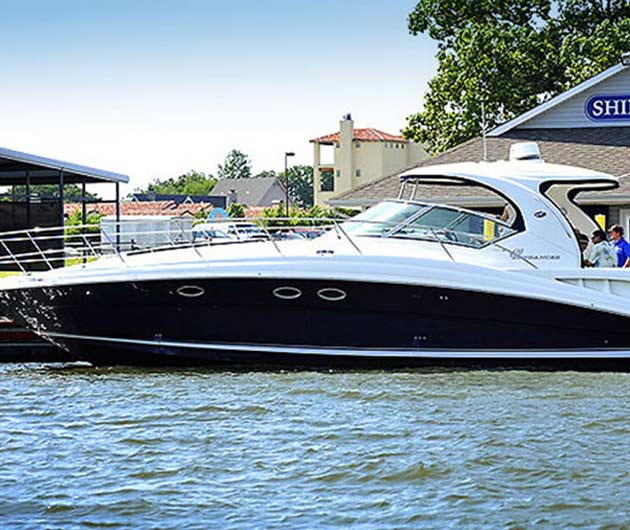 Grand Lake Elevation and What You Need to Know

Grand Lake boaters don’t like it much, but the lake is not as deep as it was in the summer. It’s all part of a “rule curve” mandated by the Federal Energy Regulatory Commission and administered by the Grand River Dam Authority. With those governmental technicality explanations out of the way, here’s what it means to people using the lake.

October-April, the targeted Grand Lake elevation is 742’ above sea level. That’s two feet lower than the 744’ target elevation in the summer months. Primarily as an upstream flood protection tool, the elevation is down from October-April each year. That means areas that weren’t shallow during the summer boating months may be dangerously shallow in the Fall-Winter-early Spring months. If that shoreline looks a little closer than it appeared in July, it’s not an illusion.

Be especially careful in areas such as Horse Creek, Elk River, Patricia Island, Bird Island, Governor’s Island – areas that are a little more shallow year-round. If you don’t know where those areas are located, get a Chart Book or a good Grand Lake map that will point them out. Watch the shoreline, too. Since Grand Lake is a man-made lake, the “below shoreline” underwater topography is very similar to the “above shoreline” topography. If there is a flat area above the shoreline, it’s flat underwater, as well – and maybe dangerously shallow during the water months. Conversely, if you are boating next to a bluff, the water is deep. Roll on!

In docks located in shallow coves, there can also be potential problems letting boat lifts all the way down during the winter months. Most boat lifts require 8-feet of depth to drop all the way down and release your boat. If you only had 8-feet of water below your lift in July, you’ll only have 6-feet during the winter – and you may have difficulty getting your boat off the lift. That’s why it is wise to check the water depth BEFORE you commit to a slip where you will utilize a boat lift year-round.

If Mother Nature cooperates, GRDA will begin increasing the Grand Lake elevation back to 744’ May 1. In the meantime, enjoy some of the most beautiful boating weather of the year – but, be careful out there. Just enjoy the main channel and the larger coves. Don’t be worried about marinas and businesses with courtesy docks. They are all plenty deep. There is much year-round boating to enjoy at Grand Lake, but be alert. It is not the same as summer boating.