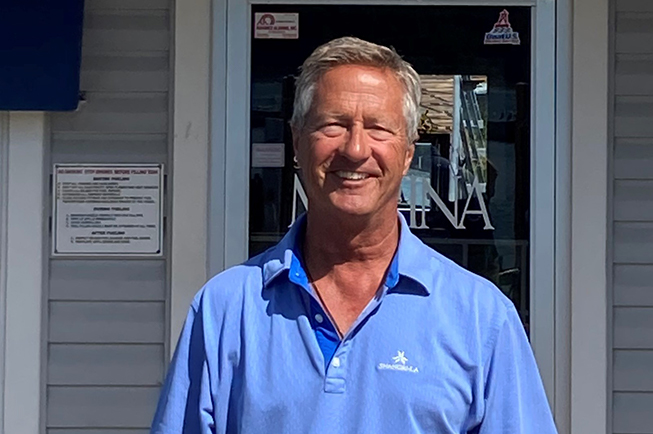 Although Mitch Whitehead joined the Shangri-La team as Marina Manager in 2020, he is a well-known fixture around the marina where he and his wife Glenna have operated Sail Grand Waterfront for more than 20 years, providing boat and personal watercraft rental, yacht charters, and parasailing.

It was in 1997 that the couple began their foray into the watercraft industry, although they didn’t realize it would become one of Grand Lake’s thriving industries. After years of commuting between Monkey Island and their home in Joplin, Missouri where Mitch’s business interests and Glenna’s teaching duties kept them grounded, the couple wrapped up both those ventures and made the full-time move to Grand Lake.

The waterfront operations at Sail Grand have always been a family affair. The Whitehead children, Corey and Hayley, grew up in the business. Hayley still works with her parents during the summer season at Sail Grand – as do the young members of the third family generation.

With the continued growth and development of Shangri-La, Mitch Whitehead has the experience, ambition, and attention to detail to expand and improve the great service, merchandise, amenities and personal attention that make Shangri-La Marina and Shangri-La Resort the #1 destination on Grand Lake. Mitch and Glenna live near Shangri-La Marina on Monkey Island. 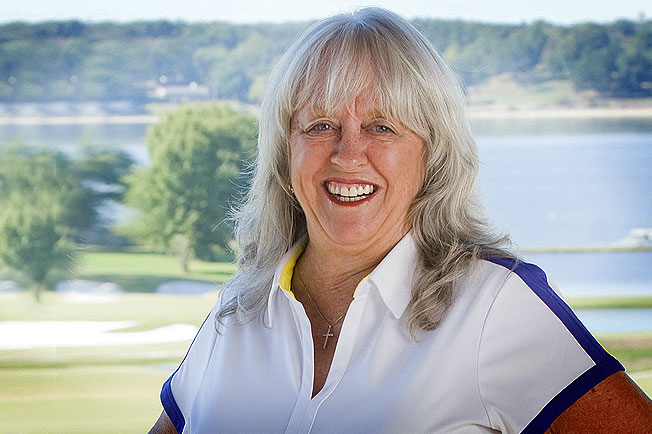 Lyn is a longtime resident of Monkey Island, having moved to the Island from nearby Grove in 1989. She has worked at a variety of Island businesses over the years and is well-known and loved by the locals. Her knowledge of the area, the people, styles and the most popular boating accessories utilized in the Grand Lake area make her a favorite among slip renters and first-time marina visitors, as well. She loves golf, social outings, and especially her three children, two grandchildren and one great-grandchild. Lyn joined the staff of Shangri-La Marina in 2007. 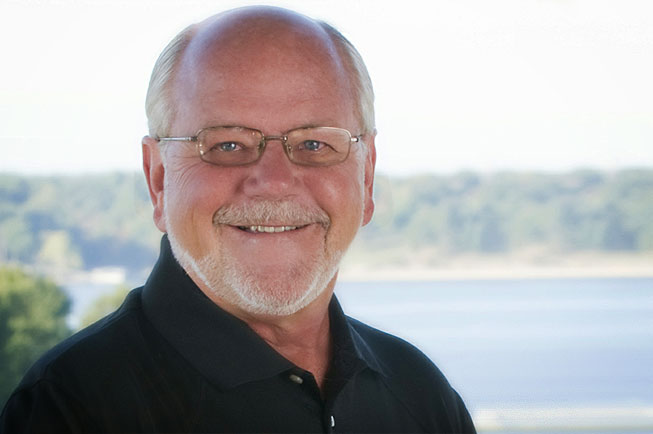 Mike Williams is both a longtime Grand Laker, a Shangri-La historical authority and a recognized advertising, communications, public relations and government relations expert. He has a broad base of radio, television and newspaper experience, having served during his career as Assistant News Director for KTOK Radio and the Oklahoma Radio News Network, Managing Editor of KWTV News 9 in Oklahoma City and Managing Editor of The Chronicle of Grand Lake.

Williams and his wife, Cari, owned an advertising, public relations, government relations and political consulting firm in Oklahoma City for many years before moving to Grand Lake full time in 1993. Mike and Cari were Grand Lake enthusiasts long before moving to the lake full-time. They have owned boats and weekend Grand Lake residences since the 1970’s and were members of the original Shangri-La Resort.

Having worked as Manager of Cherokee Yacht Club Marina and as Director of Operations for Ugly John’s Custom Boats & RVs, Mike is also a valuable asset in the marketing of the wide variety of facilities at Shangri-La Marina. He supervises all communications, advertising, public relations and government relations efforts for the entire Shangri-La operation. He is Vice-President of the Oklahoma Marinas Association and serves on the organization’s Board of Directors. He is also a member of the Board of Directors of both the Grove Area and South Grand Lake Area Chambers of Commerce.

Mike and Cari live in the midst of Shangri-La Golf Club’s course, in Vista Towers. They are well known Monkey Islanders, having raised their four grown children, all graduates of Grove High School, on the Island.